on fairness: authors, libraries, and our future

I’ve been reading tweets from the ALA midwinter meetings, and before that catching tidbits from Digital Book World, and of course hearing daily from librarians about the various ways that the ebook models emerging from the head offices of publishers are bizarrely borked. A few days ago I was trying to explain this tangle to a blogger who wonders what people can do to support the ability of academic libraries to satisfy multiple student learning styles and preferred reading platforms. The example he gave was a book he wants to assign in class that comes from Harvard Business Review, which won’t even allow faculty to assign articles in journals the library licenses for the campus. That site license only applies to articles you don’t have to read. If a teacher says you have to, somebody has to pay per semester, per students. And we’re supposed to police all this nonsense. It’s enough to make a pacifist a little stabby.

The combination of insanely complex limitations being placed by different publishers on what libraries and the communities they represent can acquire and share and the general perception that libraries aren’t good for the book business is frustrating. But it’s equally frustrating to hear from my fellow authors that librarians have to be patient. This is just a bump in the road until the industry figures out what’s a fair business model.

I ended up ranting a bit when this came up on a discussion list populated mainly by writers. This idea of chilling out until the fairness thing gets worked out pushed a button, the one at the top of the keyboard with an icon of a mushroom cloud on it. Funny how often that button launches a blog post. So here is my discussion list response, tidied up from my morning not-enough-coffee-yet, too-much-excitement sprawl.

Full disclosure, I am a librarian, though I work at an academic library, where we don’t generally get to buy fun books. This issues we have with digital books are different than those public librarians have (which is itself a bit worrying, the gap between trade publishing and scholarly books growing even wider, but that’s another issue for another time). My beef here is more as a reader and writer than as a librarian.

Really? Then the survival of publishing is a freaking miracle. People have been reading books borrowed from libraries for quite some time. Going to a library is not so full of friction that hardly anyone does it. A majority of Americans have library cards and have checked out at least one book in the past 12 months. That hasn’t ruined the book business, it’s helped it. Being able to check out digital books from home – or, more commonly, fill out a form to get in line to borrow a book as soon as the 47 people ahead of you have had their turn – isn’t going to suddenly mean borrowing a book is so insanely easy that nobody will buy books in future, anymore than being able to check books out of a library before the Internet was invented  led to the sudden collapse of all bookstores. Also, bear in mind there wasn’t a button on the library shelf where a checked-out book had been saying “if you want to avoid waiting in line, push this button and you can buy it instantly.” There is a button like that on many digital library shelves. And it’s still not fair enough for publishers.

The only threat libraries pose to the book industry is if they are prohibited from fulfilling their role of introducing new authors to readers and developing an appetite for reading among young people, which is what will happen if publishers get to define “fair.”

Library users are book buyers. This isn’t anecdote, there’s hard data to show this is true. Publishes are unwilling to consider existing evidence that libraries are a keystone species in the book ecosystem. That’s an inconvenient distraction from the new power they wield to control how and what communities can read, and from their understandable obsession with Amazon’s power.  Libraries are the dog they can kick when the Department of Justice tells them to stop bullying Amazon.

But forget that data, let’s just do some simple numbers. If libraries are required to pay three or four times as much for an ebook so that publishers get their “fair” price, that means libraries will buy one ebook and will not buy three other books. Three sales gone, three discovery opportunities lost. Those books not bought are likely to be the ones library patrons aren’t already begging for. The ones ripe for discovery.

Some publishers want to “window” library use by selling access only to backlist titles. If libraries can’t stock a variety of frontlist books, readers won’t have the opportunity they’ve had in the past to discover authors who are not already well-established or have published a blockbuster best seller. If you are a traditionally published author who hasn’t spent a few weeks on the bestseller list, the public library is your best customer, because it will introduce your work to a lot of people who won’t hear about it otherwise. And if they like it, they will become your customers, too.

You can’t pay for this kind of word of mouth. But you can price it too high or make it wait too long to matter, long after you tried to get a contract for your next book but couldn’t because your sales record wasn’t strong enough.

As citizens and taxpayers, ask yourself if it’s fair to let publishers redefine who gets to read these days, and under what conditions. As business people … well, I hate to break it to you, but book publishers are not really that clever at figuring out what’s best for the book industry. So it’s not just whether it’s fair, it’s whether it’s good for the business they claim to represent. If you care about the future of the industry, don’t let publishers cut libraries out of it. We’ll all be sorry.

So endeth the rant. Peace be with you. Go forth and read.

Libby Hellmann was the second speaker at the Sisters in Crime pre-Bouchercon workshop and the catchy title of her talk was “To E or not to E.”

Libby thinks the way publishers are behaving with electronic rights is ignorant and blundering.  But don’t rush out to make your own ebooks until you have considered the pros and cons of traditional and self-publishing.

Advantages of traditional publishing: don’t underestimate their marketing support. Though they may not offer much personal support except for a small number of books they are promoting heavily, they do send out advanced reader copies and their distribution channels are strong and broad. Having physical books on retailers’ shelves helps get the word out in a different way than online chatter can do. Contrary to rumor, publishers still perform editing. Booksellers are valuable for the handselling they do, and traditional publishers get books into those stores. Awards tend to go to traditionally published books, though that is changing. Reviews, which tend to favor traditional publications, also give authors a valuable third party endorsement. It’s much hard to get reviewed by influential reviewers if you’re self-published.

entage of ebook sales offered to authors is too small. Publishers tend to be inflexible. They are slow in reporting sales and royalties and slow in paying them. The marketing they’re good at is very short-lived – no more than six weeks for a new book, after which the next group of newly-published books is given the spotlight and your book is no longer promoted at all.

Advantages of self-publishing ebooks: control is in the hands of the author. This is attractive to a lot of writers. There is no need to go through intermediaries – agents and publishers. Libby recommends paying for critical services: cover art (which is different than traditional cover art because it is small and has to “pop”); editing – either copyediting or copyediting plus a developmental editor who can help shape a book. Conversion is a cost. Amazon is where her books sell most strongly, but they have so much control in the industry that it’s worrying.

Disadvantages: Amazon is bad when it is bad – which is often (meaning frequent technical problems when uploading ebooks and their associated files and metadata). There is little available at the moment in the way of third-party recommendation mechanisms (such as respected and widely-read reviews). Since there are no gatekeepers, every ebook has to distinguish itself while in the company of some awful dreck. It’s very difficult to know what works for marketing and very hard for readers to discover what’s good. Pricing is tricky – it’s a buyer’s market right now and Libby’s experience is that low is the most powerful price point. She pointed out that you can’t easily move up in pricing without sales plummeting. Moving down in price is another matter. However be aware that you pay a steep price for going low; Amazon pays a much larger percentage on books priced at $2.99 and up in order to discourage the 99 cent book price point expectation.

She also spoke a bit about marketing and the changing role of agents, who can’t make the income they did when advances are dropping so low. Incidentally, she’s a good speaker – very relaxed, yet energetic.

Next, there was a conversation between author Cathy Pickens and bookseller/publisher Jim Huang. Cathy made the scandalous announcement that Jim actually has read ebooks. (He’s a well-known defender of printed books.) That, of course, gave him an opportunity to talk about why he loves print, which was a good addition to the mix. Jim then made the point that authors don’t have to choose between agent and Big Six publishers and self-publishing; small houses offer a third way. Small publishers have the same distribution potential as major publishers so long as they are represented in the Ingram distribution system. What you need to know in choosing a small publisher is its “access  to market” – and that means the terms of sale are critical. These conditions for retailers (in this case, booksellers) have to match the industry standard (including discount and returnability) and be advantageous enough for booksellers to carry them; that’s what access to market means for authors. Beware of small publishers that can’t provide retailers the conditions that they need to make selling their books a realistic business proposition; you will lose a major advantage of having someone publish your book. Jim also argued that .99 cent pricing is bad for business, not just because the revenue is low but because it makes it seem all books are fungable – when each is actually unique and each choice should be based on the book, not the price of it. 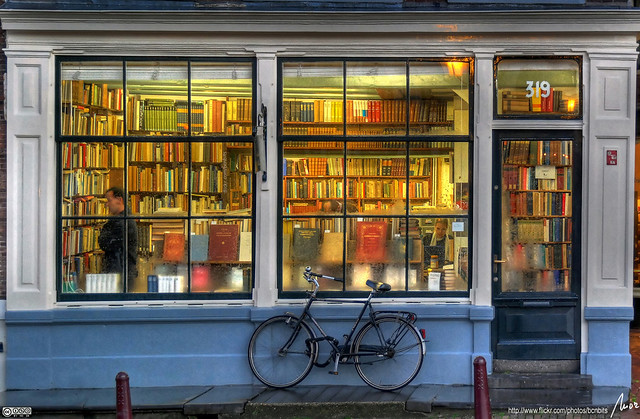