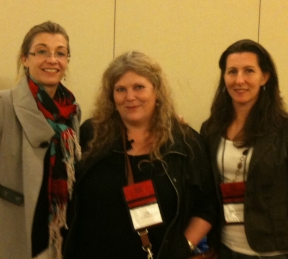 As slowly as I am working my way through this challenge – to write about ten women crime fiction authors and recommend three similar authors for each – I am tempted to make this number six and seven, but that would be cheating. Certainly when you read Kaaberbøl and Friis’s first collaborative effort, The Boy in the Suitcase, there is no roughness to indicate there is more than one author at work. The translation, by Kaaberbøl herself, is also smooth, making it easy for the Danish-deficient reader to get lost in a good book.

And a very good book this is, too. In the first scene, a woman has been persuaded to pick up a suitcase at a train station by a frantic friend. Before she puts the heavy case in her car, she decides to see what’s inside, and is surprised to see a small boy.

His knees rested against his chest, as if someone had folded him up like a shirt. Otherwise he would not have fit, she supposed. His eyes were closed, and his skin shone palely in the bluish glare of the fluorescent ceiling lights. Not until she saw his lips part slightly did she realize he was alive.

What follows is a choppy series of scenes from various points of view. A man in Denmark gets a picture of the boy and a phone call asking if he accepts a deal. A man dreams about a family he doesn’t have and fantasizes about a house outside Krakow where he hopes to live with the woman he loves as soon as he’s finished one little thing. A woman watches her son play in the sand at a park. And then there’s Nina Borg, who had just lost the moral high ground in a confronts an abusive man who is coaxing an immigrant woman away from the shelter where she’d sought refuge. Before she can catch her breath, she gets a phone call from a friend who is desperate and needs a favor. She wants Nina to pick up a suitcase at the train station. As she says to Nina, “you know about such things.”All of these fragments lead up to the opening scene and Nina’s impulse to make the little boy safe.

Nina does, indeed, know about the things desperate people do, and about the reasons a small boy might be drugged and smuggled into Denmark. She works with

immigrants who have come to Denmark without papers. She doesn’t trust Danish authorities who are quick to deport her desperate clients, but she realizes she’s caught between them and people who would kill her without compunction. She is a complex character who feels compelled to save the world, but can’t spare any attention or affection for her own children. She’ll fly to Africa to work with refugees, not so much because the Africans need her as that she feels a need to put herself into extreme situations. She’s an irritating mess, but the authors trust their readers enough to give us a less-than-ideal protagonist. Throughout the story our sympathy is called on in uncomfortable ways. Of course we feel for the mother of an abducted child, but we also are privy to humanizing elements of the man who carried out the kidnapping.

The authors have done a terrific job of creating an involving story out of complex contemporary issues by focusing on the particulars: on characters under stress, on the little things that make us care. They also show a great deal of respect for readers. The thrills aren’t mechanical and the way the story is constructed challenges the standard “hero’s journey” recipe for suspense and resolution. Nina Borg is so far from heroic, she calls the very idea of heroism into question. Flaws that are commonly forgiven in male protagonists – becoming so obsessed with a cause that his spouse and children are neglected, bucking authority as a matter of principle, taking life-endangering risks – are harder to forgive when the character is female, and that should make us think. Why do we see some qualities as strengths in men, but somehow disturbing in women? Are heroes who risk everything more selfish than they appear? 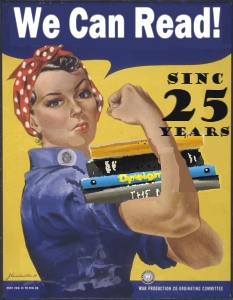 One of the reasons I like this book so much is that the authors ask us to participate in making sense of the story and a protagonist complex enough to match. Oh, and did I mention it’s a corker of a story? Three cheers for Soho for adding this terrific series to their already impressive list.

Now for the difficult bit. (I had no idea this would be so tricky when I cooked up this challenge.) Three women authors who are in some way similar: