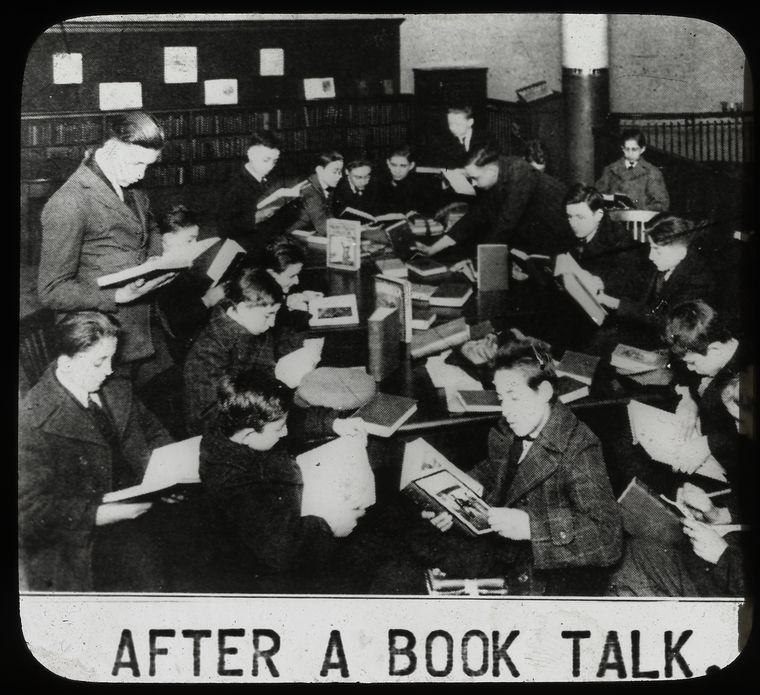 Because I wanted to get the perspective of crime fiction readers who use a variety of social media, from email-based groups to newer platforms, I posted an anonymous survey to Twitter, the 4_Mystery_Addicts Yahoo group, Dorothy-L, and to crime-fiction-oriented forums on LibraryThing, Goodreads, and Wattpad. (Since I invited people to pass it along, it may have also traveled elsewhere.) The survey was open between April and the end of July, 2015 and collected 197 responses. It’s not at all scientific – purely a convenience sample that skews toward communities in which I’ve participated the most. While these aren’t results from which generalizations can be drawn, they provide some insight into the experiences of a self-selecting group of individuals.

Those who responded were largely avid readers of the genre, with well over half reporting that they read fifty or more books in the past year. Over three quarters reported that half or more of those books were in the crime fiction genre. This isn’t surprising since the only site where I posted the link that wasn’t focused on crime fiction was Twitter. The vast majority of respondents read books in print (93 percent), with a majority also reading ebooks (69 percent). As quarter also reported reading audio books. The vast majority of respondents (83%) live in North America, with additional responses from Europe, Australia or New Zealand, and Africa. Seventy-five percent of respondents were women; half were aged between 46 and 65, a third over 65, and the remainder younger than 45 or abstained from answering the question. This does not necessarily reflect who talks about books online; the Wattpad community, which is particularly popular with teens, has over 40 million members worldwide.I suspect that i was more likely to get the attention of members of two lists that have been in existence since the 1990s and have some very loyal long-term members; I am quite new to Wattpad, and as one of the survey respondents points out, it takes time to get the acceptance and attention of a community.

I asked respondents how they discover the crime fiction they read, asking them to choose the top three methods from a number of choices. Discussion lists were the most common choice, with 57 percent including them in their top three. (Since many respondents encountered the survey on one of two large and long-running lists, this is both unsurprising and no doubt skewed.) Around 35 percent of respondents chose reading online reviews at website or blogs, participating on book-focused social media sites such as Goodreads or LibraryThing, or getting recommendations from friends or coworkers as among their top three discovery methods. Thirty percent of respondents included reading book reviews in newspapers and magazines as one of their top three, and browsing in bookstores or in libraries were among the choices of around 22 percent of respondents. Least often chosen were all-purpose social media such as Facebook or Twitter and “other.”

Most survey respondents discuss books both online and off. A majority (79 percent) say they talk about crime fiction with friends or co-workers. Though half discuss books on discussion lists, only 20 percent do so in face-to-face reading groups. Another 29 percent discuss books at Goodreads, with 22 percent writing or commenting on blogs. LibraryThing was a site for crime fiction readers for 17 percent of respondents. That said, about a third of respondents read discussion threads in online reading communities but rarely or never post. A bit over a third contribute sometimes. Only 20 percent say they contribute frequently.

Since this is not a representative sample of these groups’ members, these percentages are not particularly meaningful except to say that a significant number of people who are in online reading groups find them worth joining even if they don’t feel like adding to the conversation themselves.

I asked four open questions. The first one was pure nosiness on my part. I’m always curious about why people read crime fiction. I coded the responses, looking for patterns, and found that these were the things respondents said were most satisfying about reading crime fiction, with many responses including more than one factor:

One respondent offered a detailed analysis of the pleasures of the genre:

Although it’s true of all fiction, there’s a special quality of distillation to the atmosphere and characters in crime fiction, likely because there is so much that has to be woven into a very logical trail offering puzzle and resolution, regardless of the narrative voice. I enjoy that quality of focus, assuming it’s done with an understanding of real human nature. That all holds true no matter how far from actual reality or seriousness the tale may be placed. If it’s consistent within itself, it works for me. And, oh yes, the challenge/ and the resolution. Not just of working out what went down, for its own sake, but I also feel an enjoyable ‘contest’ with the author. Which is very likely part of how favorites develop. Someone can be a ‘good’ writer, but if I don’t feel that interaction, I don’t go back. Must be something about ‘being on the same page,’ so to speak.

Note that 23 people said nothing frustrated them, with several mentioning that it was easy to skip over messages that didn’t interest them.

Finally, I invited respondents to add further thoughts about sharing their reading experiences online. Some comments related to what makes a group work – or not.

To really feel a member, it seems you have to participate a lot.

Having a platform where you can comment without being bullied or ridiculed for your views is paramount.

I don’t share my experiences often because I am shy online . . . I did have an early experience with a group that doesn’t exist anymore in which someone was very rude to me for no reason other than that she didn’t like the author that I did.

SO funny – when it’s great, it’s fascinating and revealing and enlightening and reassuring. When it’s terrible – it’s like high school. The cool kids stick together and the new kids are sneered at.

Others spoke about what they see as personal benefits of being in an online reading community.

I think it’s a great avenue to share information and thoughts with a diverse, though anonymous, group.

Since joining LibraryThing 8 years ago, my ‘to read’ is ridiculously amazing . . . I just love having a place where like-minded readers frequent, I visit it nearly every day and the social side is just as much fun as the book information.

I particularly enjoy it when authors participate in the discussion and update us on new work.

The discipline of posting comments regularly has sharpened my reading and writing skills. Reading the comments of other expands my awareness and guides me to other works of possible interest.

I find that sharing and reading about reading experiences online is a time-consuming, enjoyable meta-activity. I’m embarrassed to admit that I read more ‘about’ books than I read books themselves. Perhaps it’s a way to stay connected with the genre during periods when I lack the serenity to enter fictional worlds

I love it. There isn’t always a real-life chance to get into the weeds with your personal criticism and experiences when talking with your friends or spouse . . . [at Goodreads] I’ve got a thorough database of my reading and can see not just the memories, but have discovered some unsuspected personal patterns!

I appreciate that the group I belong to is international so that the participants bring various backgrounds and culture to the table.

I have met so many friends through the mystery community and some that I have met IRL [in real life] that upon meeting you feel you already know them. Have also had the opportunity to travel to mystery conventions that I would probably have done w/o the enthusiasm expressed online.

In general, regardless of the platform, readers who responded to the survey seem to enjoy learning about books from one another and seeing a variety of responses to books as well as the social interaction among fellow crime fiction enthusiasts. The positives, at least in this self-selecting group, appear to outweigh the negatives. I am grateful to all who took the time to respond to my survey and provided such intriguing insights.

This entry was posted on Saturday, August 1st, 2015 at 1:15 pm and is filed under sabbatical. You can follow any responses to this entry through the RSS 2.0 feed. You can leave a response, or trackback from your own site.