What I’ve Been Reading

Long time, no posts, thanks to a wonky endocrine system that seem to be finally sorting itself out. I’m going to try and catch up with a few very brief notes about things I’ve been reading this fall. (I’ve already posted some mini-reviews over at Scandinavian Crime Fiction and managed a review of Tim Hallinan’s The Hot Countries for Reviewing the Evidence. (It’s another good one in the Poke Hallinan series.)

The Child Garden by Catriona McPherson – I’ve gotten to known the author thanks to Sisters in Crime, but this is the first of her books that I’ve read. It’s really unusual, a little Gothic, a little humorous, with a complex puzzle, strongly realized characters, a 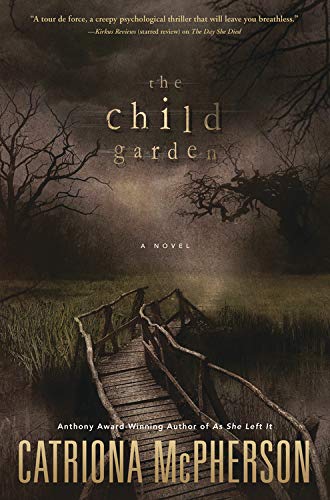 fascinating setting, and a moving relationship between the narrator and her severely disabled son. Gloria lives in a tumble-down house lent to her by an elderly woman who lives nearby in the same care home as the boy. Instead of rent, Gloria must take care of a rocking stone, a large bolder trapped in a gap that rocks when you push it; the old woman is insistent that Gloria keep the rock secret and gently push it every day a certain number of times without saying why it’s so important. After Gloria finishes the day’s work as a “registrar” (a public official who keeps records of births, marriages, and deaths) she visits the care home and reads Stevenson’s A Child’s Garden of Verses to her disabled son. (I doubt I’ll ever read those poems again without remembering how strangely ominous they are in this story.) An old school friend who left to attend an alternative school called Eden that briefly occupied the Victorian building that now houses the care home turns up abruptly with a strange story about being stalked by a troubled schoolmate who . . . well, it seems things have not gone well for the students who attended Eden, and Gloria is determined to find out exactly what’s  going on. Though I did have an inkling who was responsible for the disturbing goings on, I really enjoyed this story, particularly for the combination of the narrator’s Scottish voice and for the fiercely protective and tender relationship she has with her son. Kudos to the publisher, Midnight Ink, for a job well done. I think it would be grand if all publishers started their life as booksellers. 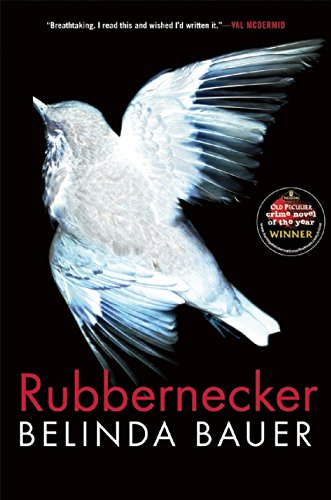 Rubbernecker by Belinda Bauer  – A very good thriller with an unusual hero: a young man with Asperger’s who is fascinated by dead things, for reasons that gradually become clear as we get to know him. He follows his passion by taking a course in anatomy and physiology, joining medical students as they dissect cadavers. In another plotline, we learn about a man injured in a car accident who can’t communicate with his carers but grows increasingly concerned that someone means him harm. At times creepy and often suspenseful, I ultimately found the story touching and quite compelling.

The Killer Next Door by Alex Marwood – eh, what a mixed bag. I nearly put it down when I began to slog through a chapter that put us inside the head of a nasty psycho, but I was unhappy about it because the stories of the other characters living in a run-down rooming house together were intriguing. I finally settled on skipping the inside-the-head-of-a-psycho chapters and managed to enjoy the book on the whole. Given the well-drawn intricacies of a group of misfits living in an old house together with some disturbing things going on, it reminded me a bit of Ruth Rendell. I’d like to read more by the author if the killer moved a bit further away.

Those We Left Behind by Stuart Neville – An unsettling, riveting story about two brothers, one of whom is jailed for killing his foster father; when he is released, he reconnects with his older brother in a needy, controlling, vicious relationship. When the son of the murdered man wants revenge, DCI Serena Flanagan tries to head off violence while remembering the original case and how it went wrong, accompanied by a social worker who thinks the wrong brother was locked up. Quite a tour-de-force. For some reason I enjoyed this quite a bit more than the author’s novels about the Troubles, perhaps because of the slow-burning tension in place of on-the-page violence.

Tatiana by Martin Cruz Smith – For some reason, it took me ages to put this book on my TBR. Reading a previous book in the series, Havana Bay, with my 4MA buddies prompted me to seek it out at last. I loved both books. Havana Bay is all hot and sticky and slightly exotic in a Cuba that has lost its Soviet anchor and is adrift. The straight-edged Cuban detective who still believes in the revolution makes a good foil for the rumpled, tired, disillusioned Arkady Renko. In the more recent series entry, Tatiana Petrovna is an investigative reporter who courted death in Putin’s empire. There’s some unforgettable scenery in the sandy strands outside Kaliningrad where strange things are afoot. As usual, Smith evokes the sorrow and strange, shabby beauty of Russia, where investigators like Renko are nearly as endangered as reporters. Weird and lovely, as usual.

Gallows Hill by Margie Orford – Another evocative thriller in a series set in Cape Town, South Africa, featuring a principled if 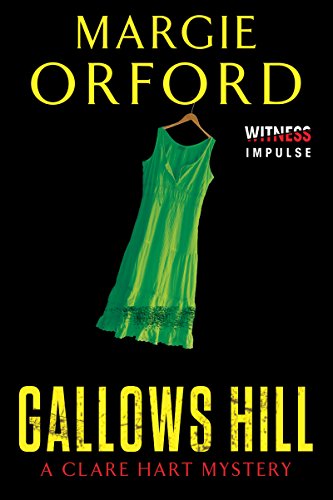 embattled cop and a feminist social activist who consults with the police on crimes against women. In this case, a large cache of human remains is uncovered on Gallows Hill, where executions were once held; but one of the skeletons is relatively new … These are good books, with a lot of action and two compelling lead characters, but the real star is South Africa itself, a complex and troubled country trying to reinvent itself.

That’s some of what I’ve been reading. Right now, I’m about a quarter of the way into City on Fire by Garth Risk Hallberg, a sprawling novel about New York in the era when the South Bronx burned, but it’s very long so I’m not sure when I’ll surface.

This entry was posted on Saturday, November 14th, 2015 at 6:27 pm and is filed under books. You can follow any responses to this entry through the RSS 2.0 feed. You can leave a response, or trackback from your own site.

2 Responses to What I’ve Been Reading